The Battle Between You and the Scale: Understanding Weight Fluctuations

Power In Pregnancy: Working out while you’re pregnant can place your child steps ahead of the rest

The first thing you should do when getting into exercising and fitness is goal setting for where you want to be. If you want to get stronger, you should have a specific goal about actually getting stronger, so it’s not as general and vague. For example, you want to be able to bench press 135 lbs, that way you actually have something to work toward.

The same thing applies for losing weight; you could say that you would like to lose 20 lbs in 4 months. It doesn’t even have to be anything like that though; you could set the goal that you want to be able to walk up a flight of stairs without a ton of knee pain. The main thing is just trying to improve yourself with a goal that you can actually work towards, and be able to determine your progress.

The main hold-up that I see with some people’s goals is that they just aren’t realistic. For example someone wanting to lose weight, might say that they want to lose 30 pounds in the next month. The problem is, ideally you wouldn’t want to lose more than about 2 pounds a week. So doing the math, that’s about 8 pounds a month.

Now, I don’t really have an issue with setting lofty goals, your goals should be challenging. However, when you set goals that are too tough to reach, a number of different problems might come up. Staying with the weight loss example, many people that don’t reach their goal weight loss then get discouraged and give up on losing weight altogether.

On the other end of the spectrum, actually reaching your goals is a great feeling, it can keep you on track and keep you coming back for more, to further better yourself.  Also, I’ve seen people that don’t reach their goal, and then they go way overboard with their efforts because they don’t feel like they did well enough. So, for weight loss this could be cutting calories to a dangerously low amount or way overtraining to try and burn more calories. In reality though, losing weight can be a slow process and your goals should reflect that.

That same thing goes for other aspects of fitness as well, try not to get ahead of yourself. With hard work and dedication, eventually you’ll get to where you want to be. It might be a slow process at times, but that’s perfectly fine, as long as you’re staying committed. So, the next time you set a goal for yourself, just step back and think, “Is this realistic for me?” In the long run setting smart, attainable goals will help out a ton in bettering yourself. Remember, Rome wasn’t built in a day, so keep getting in the gym and working hard like we know you always do! 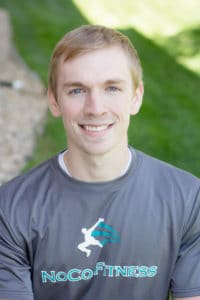 Pet Peeves at the Gym: a Compilation by Tanner Porter